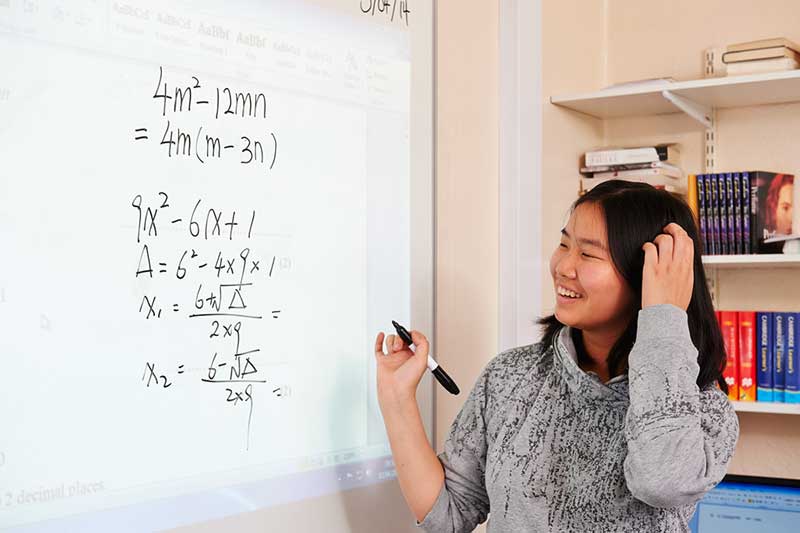 The Senior Team Maths Challenge is a national competition where schools enter teams of four, with no more than two being Upper Sixth. There is a regional final first. Abbey came top out of 30 schools in this on 15 November 2012. Regional winners go ahead to the national final in Londonon 5 February 2013.

The competition requires students to work as teams, not individuals, in the solution of mathematical problems. It is entirely up to them how they choose to do this.

Participation in a successful team is a very useful thing to put on a student’suniversity application personal statement, and indeed the whole experience trains them in rapid thought.

Our team of four is:

ZHANG Haodong (U6) from China

Dr Ross Barker is the teacher in charge of the team at Abbey. We wish them well for 5 February.

One of the participants, Zhang Haodong, told us about the regional final in November

‘Before the challenge started we all believed that we could do well in this important competition and we actually got almost perfect results in the first and second rounds.

However, some mistakes had been made in the last round and we all felt we could not win the challenge.

When the result was announced, all of us were shocked because we were the final winners!

That was a really fantastic day!’

Haodong is an Upper Sixth student from China, he is studying Maths,Further Maths and Physics.