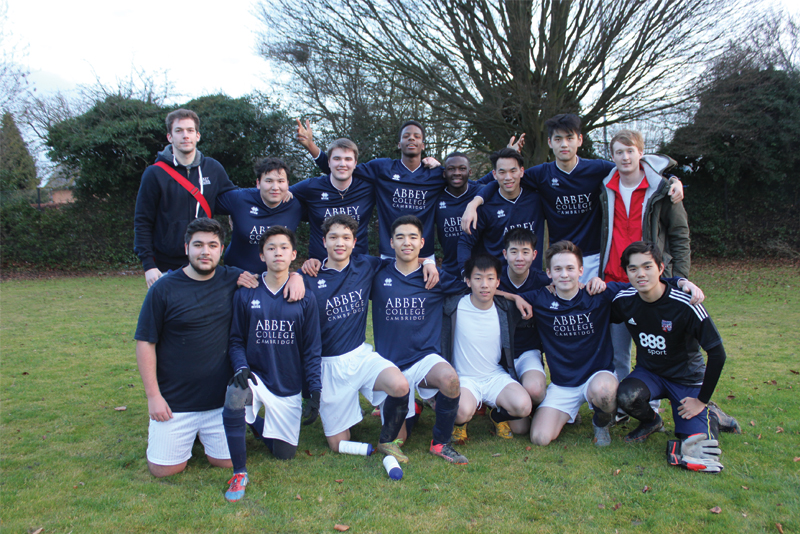 Abbey FC were looking for their second win of the season and headed into the match full of confidence after coming off the back of a 3-0 win against Parkside Federation. The match was played against Netherhall Sixth Form College and proved to be their toughest test yet.

The match began in difficult conditions and both teams had several chances early on. However, Netherhall were able to settle better into the game and took their first chance on goal with a calm finish into the left hand corner. Netherhall, buoyed by their lead, began to play some good football and quickly grabbed a second with a sublime 25 yard effort into the top left corner. 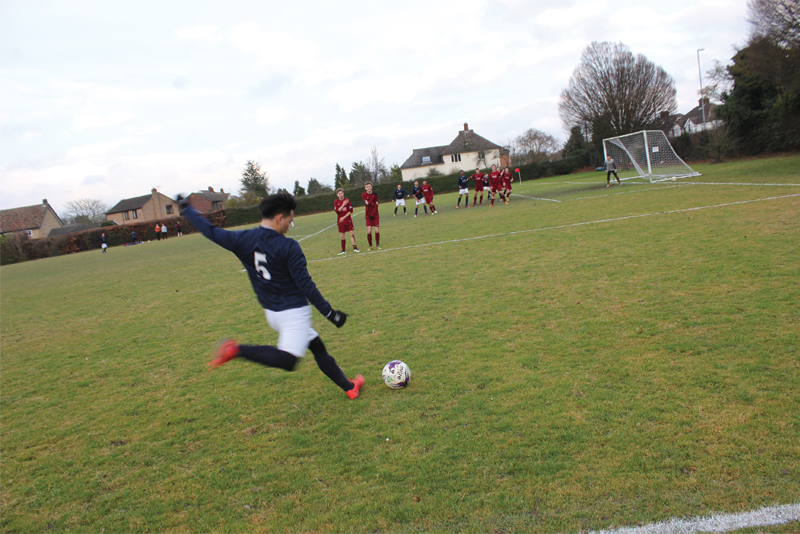 Abbey FC were struggling to take control of the game, but were still creating chances and went narrowly wide with an effort from Baha Saparbay late in the half. The whistle went for half time and Abbey FC were still 2-0 down. Managers Alex Johnston and Bradley Derrick gave a motivational team talk to rally the players and prepare them for the second half. 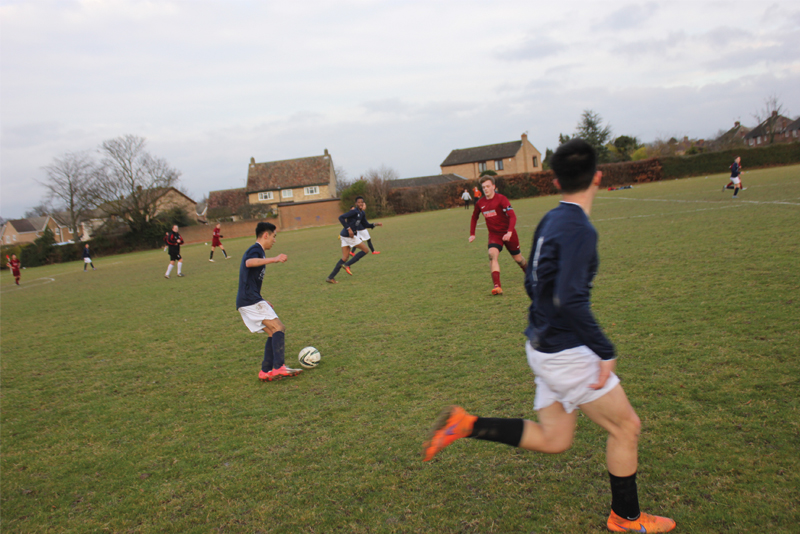 With one change in the second half, Abbey FC were looking for a quick start to get a foothold in the game. That came in the form of Oriakhi Obehi who, a few minutes into the second half, picked up the ball outside the penalty area and jinked past two players to slot home into the near post to pull one back for the visitors. The comeback was now on and that goal lifted the whole team.

With their tails up, Abbey FC began to play some good football and were really growing into the game. Straight from the kick off they were pressuring and hassling Netherhall at every opportunity. Netherhall were clearly tiring, and with most of the play being in their own half, Abbey Cambridge won a corner. Jordan Chan curled a wonder of a cross into the centre of the box and Aslan Abbasbayli was there to smash the ball home from 8 yards with a cracking effort into the top left corner. Abbey FC were now level at 2-2 and with Netherhall visibly rattled, Abbey could sense the victory. 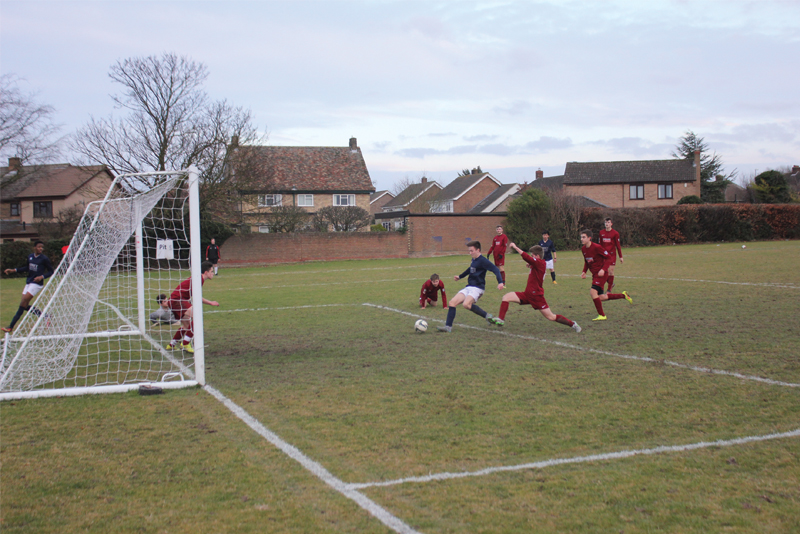 With Abbey FC now playing some great one-touch football, the comeback seemed inevitable. After some good work from Oriakhi Obehi on the right hand side, a calmly inviting cross was laid off to Alex Yermelenko around 6 yards from goal, and he duly obliged with a smart finish into the corner. This sent the travelling fans and players into wild celebrations; Abbey FC had completed the come-back and looked hungry for more.

With the scores now at 3-2, Netherhall were battling harder to try to get themselves back into the match. Their physical strikers were a handful for Abbey’s defenders, but they dealt with them well. Daniel Kaltungo, who played excellently throughout, pulled off a fantastic last ditch defensive block with the ball heading into the far corner. That challenge proved to be vital with the game finely poised heading into the latter stages.

Moments later, the ball was played out to the left hand side to Liu Heyang. With a great run into the centre of the pitch, he managed to slip a fantastic through-ball to the oncoming Alex Yermelenko and from just outside the box, he bent the ball around the helpless Netherhall keeper and into the corner. Abbey FC were cruising and manager Johnston decided to make a couple of changes late in the second half to see out the game. 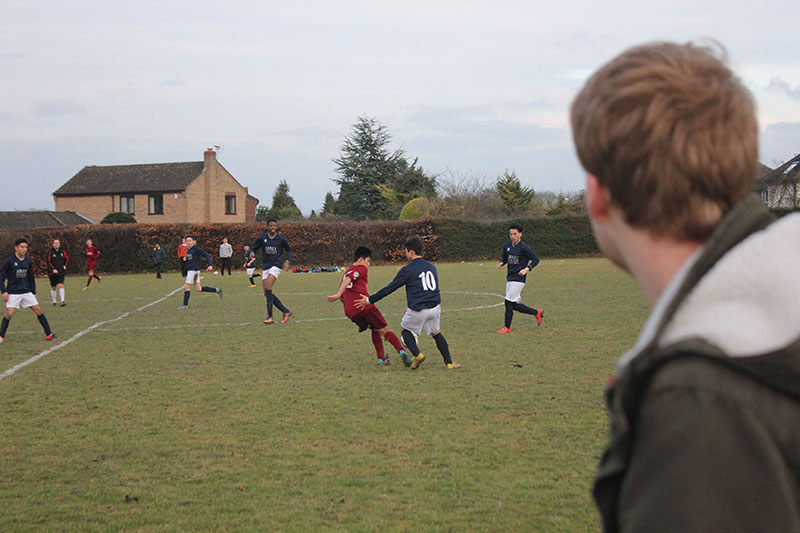 With only 10 minutes to go, Khan Bolotkhan picked up the ball on the right hand side of the pitch, carried it up field and struck a fierce shot from around 25 yards. With the ball heading towards the keeper, he parried the ball up and over before it slowly trickling into the net, confirming the victory in fantastic style. Abbey were in dreamland and with the scores now at 5-2, the whistle went on an unbelievable match and a memorable victory for the away side.

Abbey FC can be extremely proud of their victory and compliments to Netherhall for their part in a thoroughly entertaining match. Abbey Cambridge extended their winning record and look forward to their next fixture. Well played Abbey FC! 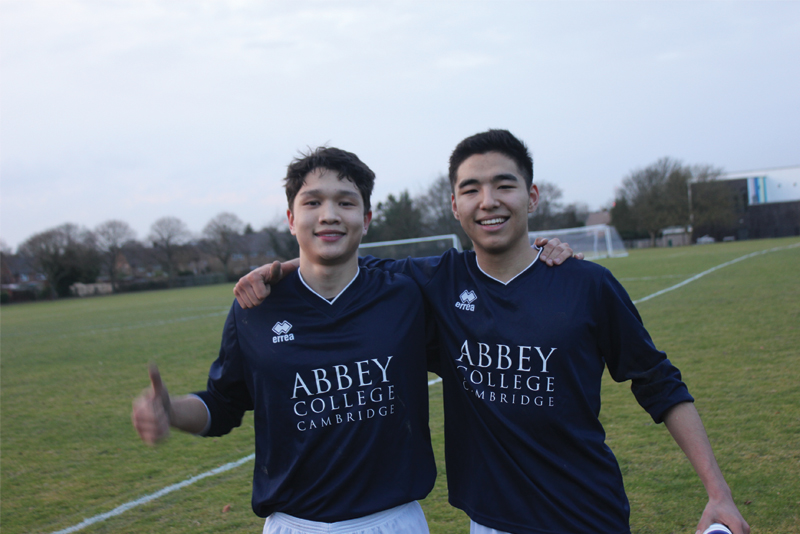