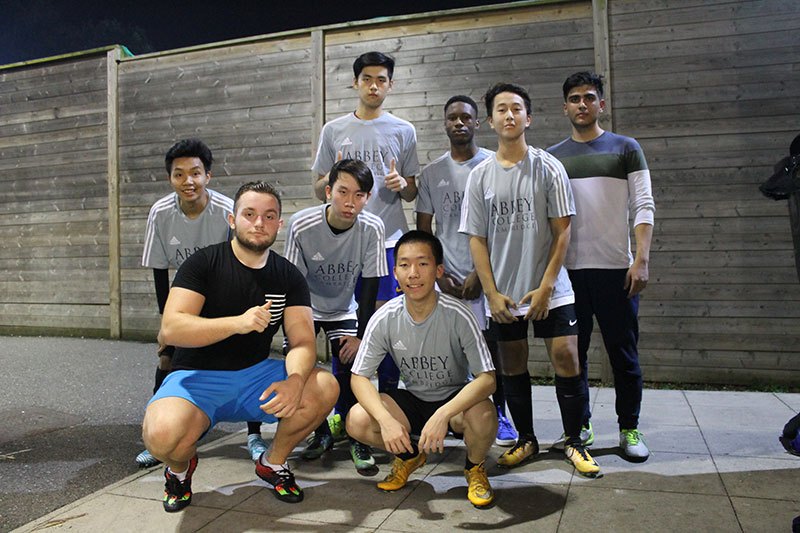 Abbey College Cambridge’s two five a side football teams, Abbey United and Abbey Wanderers, had a very successful winter season finishing 4th and 7th respectively out of 8 teams in their five-a-side league. Students found it great training and preparation for the 11 a side season.

The first 11 a side fixture of the season took place against Bellerbys. A rival Cambridge based international college. After an intense first half Abbey triumphed, winning 6-0!

• Rei Beqiri – commitment and participation for Abbey Wanderers and an exceptional defensive performance vs Bellerbys
• Muhammad Banye – continual improvement during the first term and a great team player
• Andrei Mattia – provided flair and creativity for both Abbey United and the first XI
• Joshua Okosun – a central midfield enforcer who can dictate the pace of a game and has scored frequently for Abbey United
• Mak Pak Yung Edward – an amazing addition to our football setup who provides an incredible turn of pace and creativity who will continue to shine in the Abbey first XI.

Our Boys first XI football team, Abbey Rovers, now turn their attention to the 11 a side adult league which starts on the 15th January. Best of luck to our first XI for the season.

‘Football last term was really amazing for me, coming together as a team from different countries all around the world and working together to win matches really meant a lot to me and I believe this term is going to be better because we know each other very well so it’ll be a lot easier and more interesting.’
Joshua Okosun

‘I really liked the 5 aside football as it really improved my speed and the reaction time in the game. Our team did pretty well coming fourth in the league table. I’m really looking forward to winning the 11 aside league this season.’
Alex Yermolenko 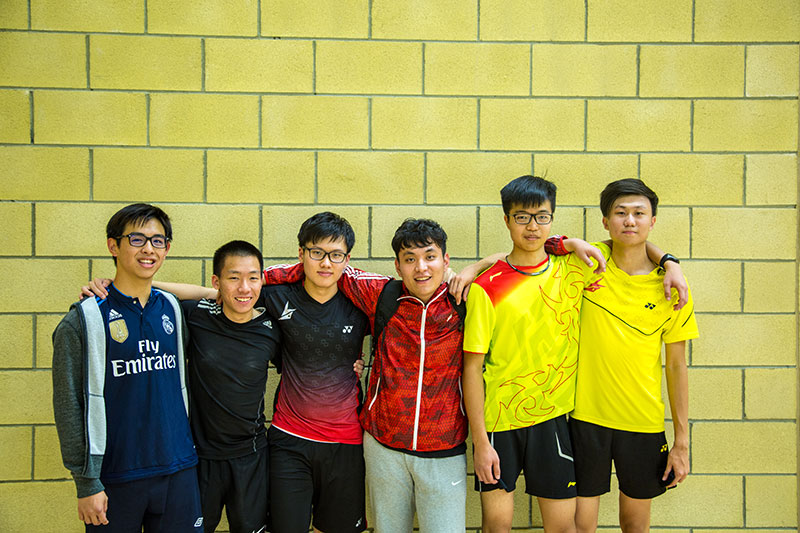 This is the first year we have been able to offer competitive badminton for all of our students. At the start of the year students were given the opportunity to try out for our three teams; Mens, Ladies and Mixed, who all play in the Cambridgeshire adult badminton leagues.

It has been a very challenging start with our teams finding the experience and teamwork of their opponents very difficult to overcome. However our players have shown determination and we hope to record some wins in 2018! The season continues for all three of our teams.

• Ong Joo Yuen – commitment and participation for the Mens and Mixed teams. He has played every game possible and attends all training sessions.
• Lim Jian Yuan – flair and skill shown in matches that led to our first game won by the mixed team. His commitment is also very impressive.
• Teng Nattalyn – Outstanding performances for the Ladies and Mixed teams led to Nattalyn being scouted by other teams and being asked to play at the Newmarket Badminton Federation and being for the Cambridgeshire county team.
• Magdalena Tomaszuk – Fantastic improvement since the start of the year. A regular starter for the Ladies and Mixed teams.

‘Having no idea we would be playing seasoned adults, Jian and I went into this completely clueless. Even so, I speak for both of us when I say we have enjoyed ourselves immensely. Learning has been key throughout this experience, ranging from coping with extra commitment to the sometimes humbling matches. Pushing forward, I hope to see more casual players participate in the competitive scene as it is an exposure not easily replicated any another time in our lives. ‘
Ong Joo Yuen

‘We have regular training every Friday night and play at least two competitions a month. I usually play Ladies matches in doubles with Nattalyn, a friend from Malaysia. She is such a good player! I am very happy to play with her. What I like the most about badminton is playing with some challenging players. You have to think a lot about your technique, plan and be really fast all the time! And it is almost like fencing!’
Magdalena Tomaszuk (taken from her blog at https://astridmagda.blogspot.co.uk)

Other sport and class highlights 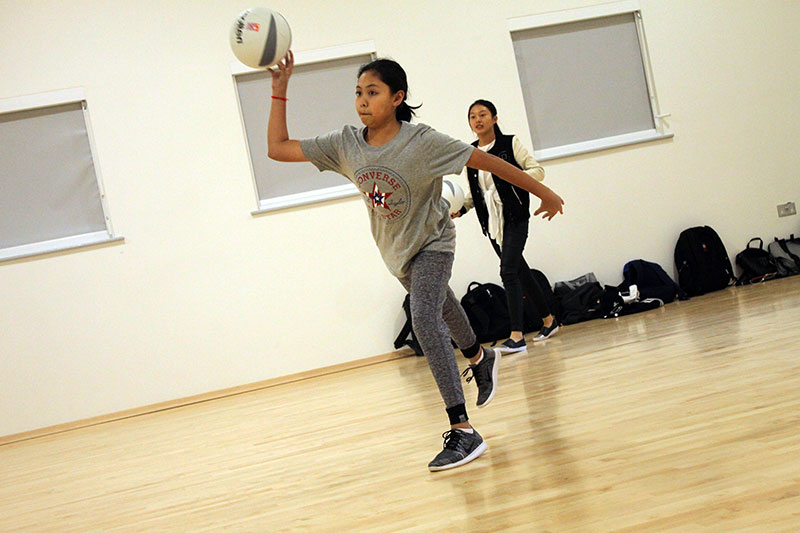 Volleyball and Basketball continue to be our other most popular sports, and we aim to provide competitive fixtures for both of these teams this term.
Alongside our competitive sport, we also run lots of classes for students to keep active and fit. Many students have taken part in Dance, Zumba and other classes. In particular Settayesh Lashkari Ghouchani has been recognised by our sport coaches for her attendance and commitment to fitness classes.
Abbey College Cambridge also has active staff! They have the opportunity to play football, have Dance lessons and Yoga classes.

What’s coming up in the Spring term?