Dalial has competition success in promoting unity and tolerance 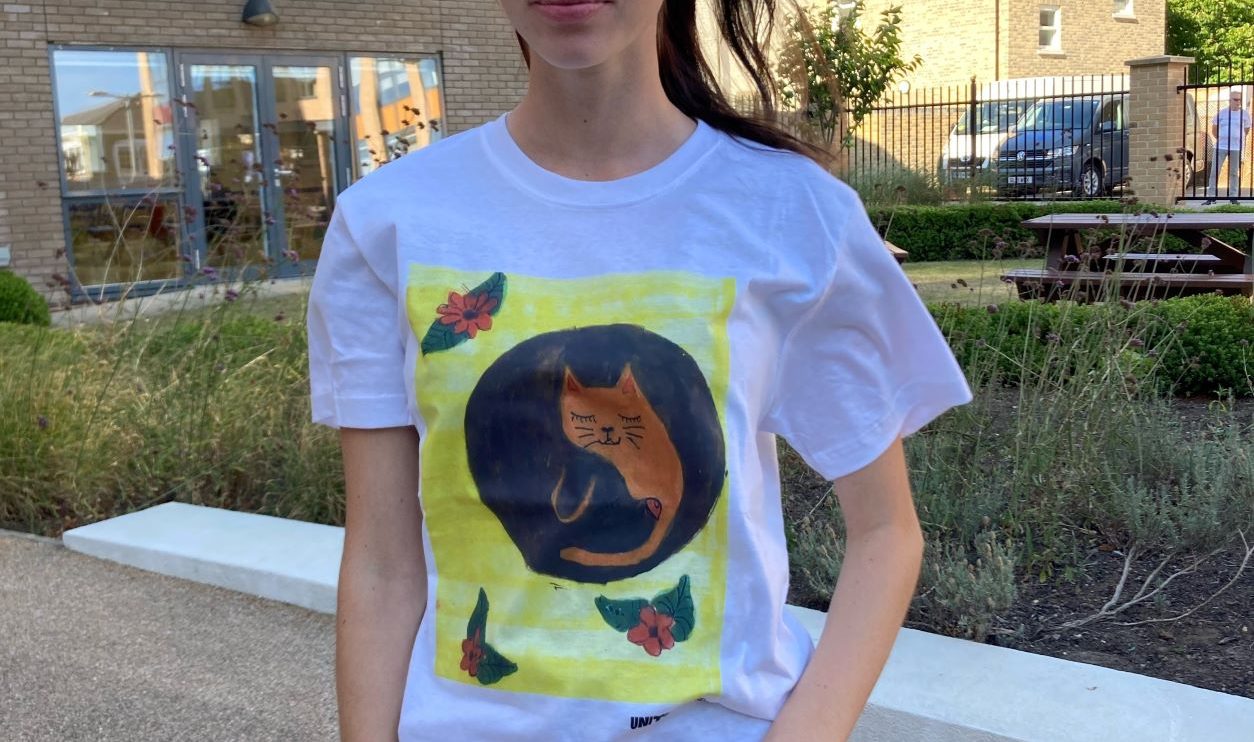 During the Summer Term, Abbey College Cambridge invited students to enter a competition run by the Charity Global Acts of Unity to promote unity, tolerance and understanding in schools.

Unitees is the name of competition and it was a creative arts competition for young people in schools across England and Wales, tasked with expressing what unity means to them by designing their own T-shirt.

We are thrilled that Year 13 student, Dalial’s T-shirt design made the top 25 in the UK.  As a prize her design has been made into a real T-Shirt.  The T-Shirt design was called Amistad Armonica and Dalial was inspired by an ancient Chinese philosophical concept of Ying and Yang.  The T-Shirt portrays two opposite animal figures; a cat and a dog, at peace with one another and enjoying each other’s presence. The red flowers in the background symbolise love and the green leaves growth and nature symbolising a harmonic and peaceful state.

The competition was promoted in college by David Savage, Multicultural & Diversity Coordinator.  He has commented “As an international college where students and staff from all around the world come together as one community understanding and accepting different cultures and backgrounds is incredibly important and an essential mindset to have in today’s global economy.  I’m really proud of all the students at Abbey College who participated, especially Dalial who was short-listed in the top 25 designs around the world. She put a lot of hard work into her design and rationale behind it, and I’m also grateful to her art teacher Serena O’Connor for promoting the competition within her classes.” 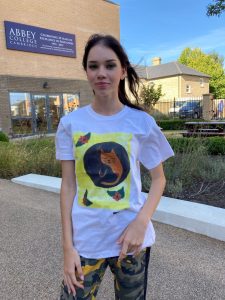 The charity founder, Mike Haines commented about the competition.  “I have been blown away by the thought, creativity and innovation that our young people have shown throughout this competition.  It was hard to choose a winner, because of how inspired I have been and delighted that so many have entered this year.

Unitees was created to invite young people to add their powerful and unique voices to the urgent call for unity, acceptance and understanding and I am confident we have found our leaders of tomorrow.”

The competition winners can be viewed on the Unitees website