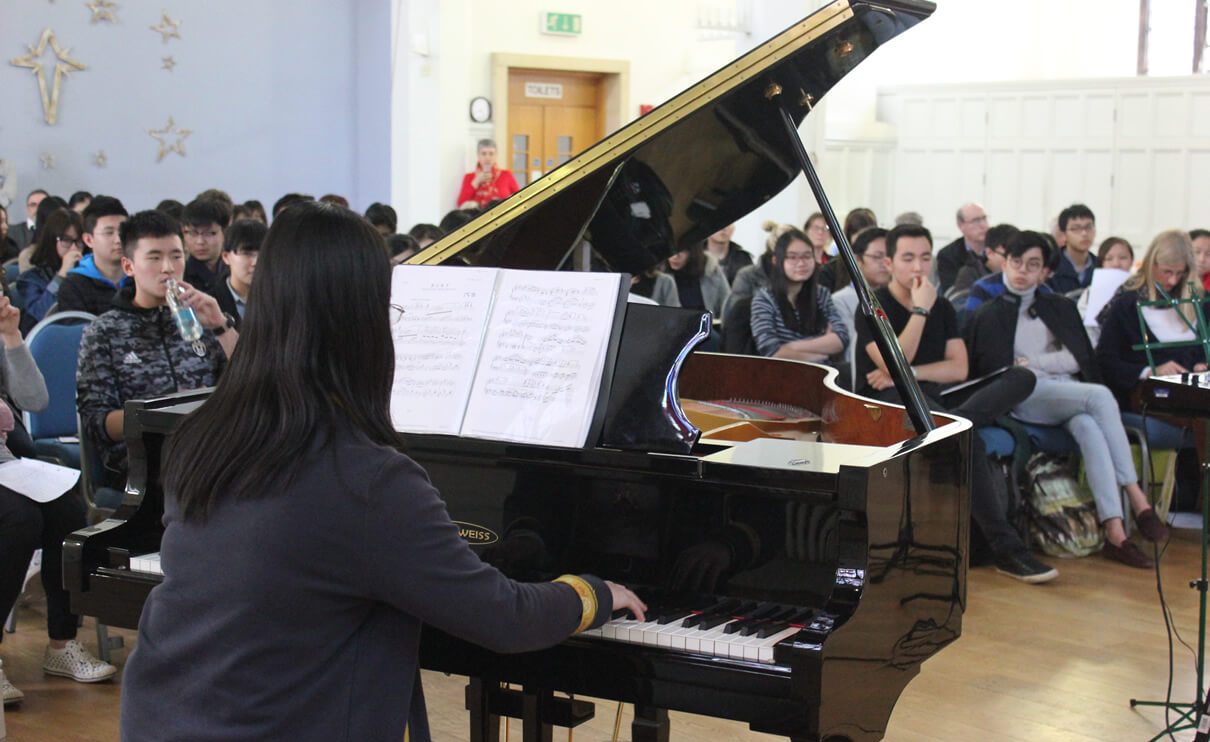 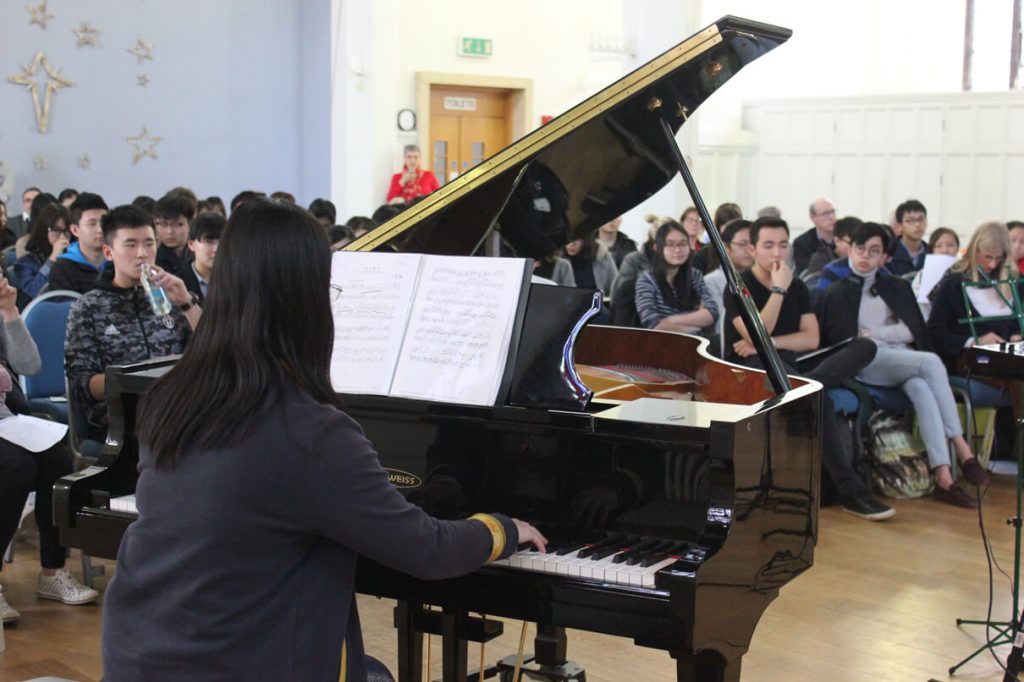 Our Abbey College Cambridge musicians have been showcasing their amazing talent at a charity concert organised in aid of our College charity; East Anglia’s Children’s Hospices (EACH).

The concert, which was held in the main hall of St Paul’s church in central Cambridge, featured a wide range of classical, rock and pop performances from our student bands and classical soloists.

The concert was well attended by Abbey College Cambridge students and staff who gave generous donations to EACH totaling £185. The audience were also able to get involved in the concert by posting comments of support for each performer on our interactive text system, which were then read out during changeovers.

All of our performers rehearsed in our college music clubs and in their own time. Some of our pianists were also able to practice on pianos located in their accommodation.

Music clubs form part of our college’s ABC Extra-Curricular Activities programme. By playing and performing together our students build their confidence, have fun, and gain valuable additional skills and experience which help to support their University applications.

Our Director of Music, John Morgan, was justifiably proud of all who took part. He said, ‘The concert was fantastic, I was delighted with all of the performers, and we have all been overwhelmed by the amount of nice things people have said about the show. We were also able to raise funds for a very worthy cause.’